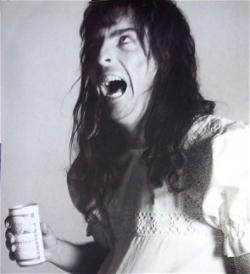 A Vagar commenter decided adding the Faroese heliports would be a good idea. I am easily led so here we are.  This is all of the official heliports with ICAOs on the Faroe Islands. There are a few other unlisted ones I'll get around to. The... 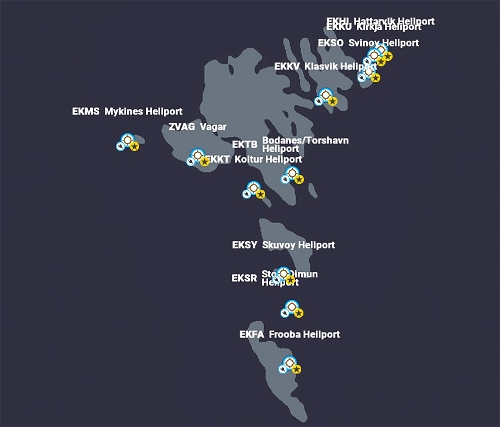 A Vagar commenter decided adding the Faroese heliports would be a good idea. I am easily led so here we are.

This is all of the official heliports with ICAOs on the Faroe Islands. There are a few other unlisted ones I'll get around to. The one non ICAO heliport I have added is Koltur because it's on the Atlantic Airways helicopter timetable.

There is also a Danish warship a few miles North to fly off because why not? ICAO EKZV.

You will also have a medical emergency to attend to on an unmarked ship a few miles south of Torshavn. The captain of the ship bringing the entire island's supply of Christmas presents is refusing to dock unless the islands pay for his butt lift, so you have to fly him to the nearest plastic surgeon.

These are all very basic so don't set your expectations too high. There might also be some bad behaviour from the terrain that's been terraformed.

I will get around to adding more things like boats and lighthouses, and if you want to do more to the islands yourself message me and I'll send you the project files and we'll make it a co author type thing. I'm sure there are plenty of people who want to make it a better place.

Each helipad has a runway start and a parking place if you want to start cold and dark.

There is a second download which is an unstarred version if you don't want your map overwhelmed.

The third separate download is for the DEM mesh by Mikeaat -

Adds helipads to each location for official rotorcraft.

Re adds windsocks. The in-sim ones have all disappeared for me. Could be my problem only.

Adds a modest number of animated humans and moving boats.

Create a free account now to be able to to keep track of your mods and their latest updates without struggle.
Abhängigkeiten

Is it possible to make them show as just helipads on the map and not runways with helipads?

Not to my knowledge but it's rather new so there might be a setting in your world map maybe.

The runways and parking have to stay otherwise people won't be able to use things like the H135.

I could do a separate helipad only version but there'll probably need to be more helicopters before that's a goer.

Thank you so much for this, it has really made flying around the Faroe islands in the Bell 47G a joy; well subject to weather anyway.

Would you list the longitude & latitude of each heliport & ship, they do not show up when ever you type the ICOA code, any of the places you listed

woot woot! thanks so much for this! We love superspud!

Thanks for the latest update!

2 year(s) ago
Yes! ... you don't know how grateful helicopter lovers will be to you for this fantastic job of equipping the Faroe Islands with heliports. Thank you very much and a big hug from Panama!
0
0
Reply

You made me do it. You monster.

We kindly ask you to understand that we cannot process copyright requests through this form, as we are required to receive such correspondence in the form of a formal complaint to comply with the Digital Millennium Copyright Act. Please familiarize yourself with the DMCA procedure and send us your notification to the address below. Please note that incomplete or invalid complaints will not be processed.

In accordance with our policy, we respond to notifications of alleged copyright infringement that comply with the Digital Millennium Copyright Act on the U.S. Copyright Office website and other applicable intellectual property laws. Our response may include blocking access to or removing allegedly infringing material and/or terminating accounts. If we remove or disable access to material as a result of such a notification, we may notify the owner or administrator of the affected content to provide a counter-notification.